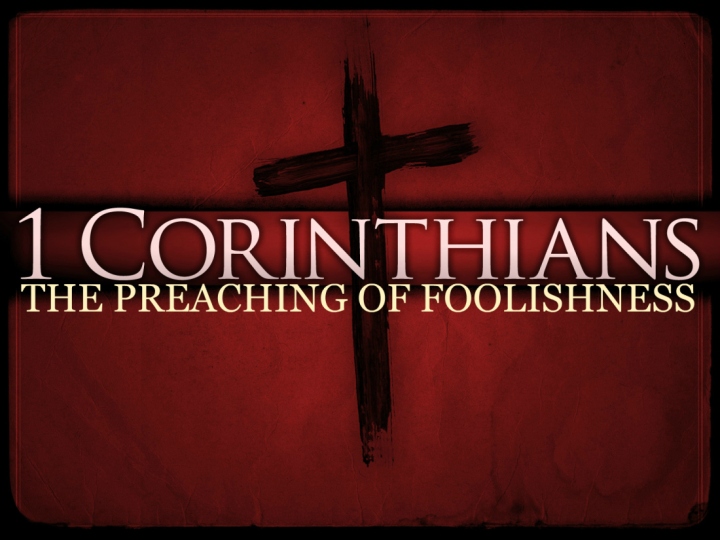 What is the purpose of the New Testament?

Well, the writers of the New Testament want to enable an encounter with Jesus of Nazareth.

Why would that be important?

The New Testament authors all believe in God. They are convinced that God is revealed in the person of Jesus, who is therefore called the Christ. Basically they claim that knowing Jesus is an excellent way to know God.

Okay, now suppose there is a God – which I don’t believe, by the way –, why on earth would it be important to know God?

Maybe you will label the following answer as an absurdity, if not as an outright offensive statement.

The New Testament writers are convinced that you cannot know yourself if you don’t know God. So, according to them, if you are interested in knowing yourself, you must know God.

Your prediction turns out to be right. The Christian faith sounds ridiculous. It claims that there is a God, which is a first absurdity to my atheist ears. Second, it claims that I should somehow learn to know a poor Jewish guy who lived and died two thousand years ago in a remote area of the Roman Empire if I want to know that God. Indeed, that sounds absurd!

I don’t know about all the Christian churches, but I do know that the Catholic Church acknowledges other ways through which God can be known. In that sense the answer to your question is no. The Bible and the Christian tradition as a whole are not the only ways to experience the reality of Christ.

Anyway, what you are saying still sounds patronizing. I’m an atheist. I don’t have to know a fictitious “God” to know myself. Moreover, what if I’m not interested in knowing myself at all? Why would it be important to know myself?

Let me ask you this question: is it possible for people to know themselves without love?

What do you mean? What has that got to do with anything we are talking about?

Well, you will need to be a little patient now. I’ll try to explain it.

Children who are treated in these ways will grow up craving attention and recognition. In order to satisfy this craving, they will tend to present an image of themselves that they believe will give them the desired attention.

The child who ends up thinking he is worth nothing might try to avoid further negative criticism by attempting to meet everyone’s expectations. This child does not know who he is or what his qualities are, apart from being whoever people want him to be. He has difficulty recognizing his own talents because he suspects others might ridicule them. Being ashamed of himself in this way, he tends to look up to others – as if they are flawless and he is full of mistakes.

The child who experienced a lot of indifference while growing up might think he must be a bully to get recognition. This child does not know who he is or what his qualities are, apart from being a bully. He reduces life to a powerplay.

And the child who is used to be treated as a superior being might think he indeed is superior to others and might only listen to people who confirm his self-concept. This child does not know who he is or what his qualities are, apart from being the narcissist he has become. He has difficulty recognizing his own flaws. Being ashamed of himself in this way, he tends to look down on others – as if he is flawless and they are full of mistakes.

If those children would have been treated with love, they would have discovered their talents as well as their flaws without being ashamed of them. Moreover, if people can recognize their own true talents, they will be more able to recognize and appreciate the talents of others as well, beyond inferiority complexes, powerplays or jealous competition.

I understood everything you said until your next to last statement. Could you please explain what you mean by love is only possible if you refuse to treat anything as divine, except love itself?

It is a short version of Mark 12:28-31, in which Jesus summarizes the teachings of the Bible:

One of the teachers of the law came and heard the Sadducees debating Jesus. Noticing that Jesus had given them a good answer, the teacher of the law asked him, “Of all the commandments, which is the most important?” 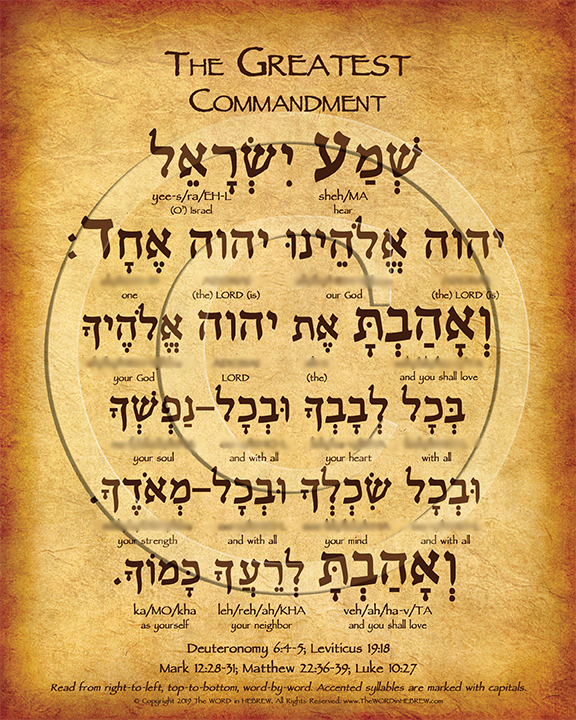 “To love God” is, in a Jewish sense, the prohibition to consider anything as divine or “perfect” (see Exodus 20:3-4). It is the prohibition on idolatry. Now let’s connect this principle to what was mentioned earlier.

Someone who suffers from an inferiority complex has the tendency to idolize others and to blame himself for everything that goes wrong in his life. He also has the tendency to compare himself to those so-called “perfect” others in order to develop an acceptable self-image. Thus he is primarily interested in others as mirrors. Others are reduced to means who should confirm a certain self-image. Having experienced a lack of love while growing up, the person who suffers from an inferiority complex is not interested in himself apart from the image he hopes will give him some social recognition. Unable to truly respect himself he is also unable to respect others. As said, he is only interested in them as means, not as ends in themselves. His whole life is dominated by fear, more specifically by the fear of punishment or rejection by others if he doesn’t live up to a so-called acceptable image in his main social environment. His life is hell. Hell is real. 1 John 4:18 puts it this way:

“There is no fear in love. But perfect love drives out fear, because fear has to do with punishment. The one who fears is not made perfect in love.”

Love is the abandonment of the fear of not being perfect. It is the abandonment of any kind of idolatry, which creates the possibility to love your neighbor as yourself. Again, “to love God” is, in a Jewish sense, the prohibition to consider anything as divine, neither yourself nor others. As such, it is the conditio sine qua non to love your neighbor as yourself. Respect for the prohibition on idolatry as an absolute commandment is the recognition of the singular divinity of love. That is the paradox that is at the heart of the Christian faith.

“God is love. Whoever lives in love lives in God, and God in them.”

Love allows us to discover the truth about ourselves and others, beyond illusory self-images. It allows us to discover each other’s beauty, as we no longer consume each other as means to satisfy our desire for recognition, but recognize each other as ends. Christians believe that Jesus of Nazareth embodies the reality of love in an excellent way. That’s why they call him the Christ and that’s why they call for an Imitatio Christi. The importance of that kind of mimesis in the Christian tradition runs from the apostle Paul over Thomas à Kempis (1380-1471) to René Girard (1923-2015) – to name but a few.

Jesus criticizes both superiority and inferiority complexes in people in order to enable “re-connections” and reconciliation between them. He offers the grace of forgiveness so that we might no longer be ashamed of ourselves and that we might be able to forgive and accept the flawed nature of others as well. Whenever that happens and the reality of love is established, there is “heaven” – the Kingdom of God. Love leads to the salvation of ourselves and others.

I guess my next question is superfluous. You do believe in God, heaven and hell?

Yes. I do believe in the reality of love, and I do believe that wherever it is given room to establish itself there is “heaven”. As I also believe that wherever fear takes over there is “hell”. And as far as this world is concerned, we always find ourselves between heaven and hell, between love and fear. The challenge is to distinguish between those two “spirits” or dynamics, and to rely on love ever more deeply. In reference to Ignatius of Loyola (1491-1556), discernment is key in order to follow the transformative and creative power of love, which turns fear of the other (as a potential rival) into fear for the other (as my neighbor). We can only hope people will imitate each other in this way.

So love over fear, even if love can bring you in a situation where you end up being despised, rejected or crucified by people who hate the criticism of their socially mediated self-images?

That’s the challenge, yes, in which we more often fail than succeed.

Isn’t it foolish, if not absurd to live that kind of risky life?

Hell yeah, it is! But I would rather live an authentic life in the realm of love than die to an inauthentic one because of fear. As that saying goes, derived from a poem by Alfred, Lord Tennyson (1809-1892),

I believe that is true. There is a comfort in love that does not depend on its eventual outcomes. In that sense it is “all-powerful,” however much vulnerable and fragile it is. 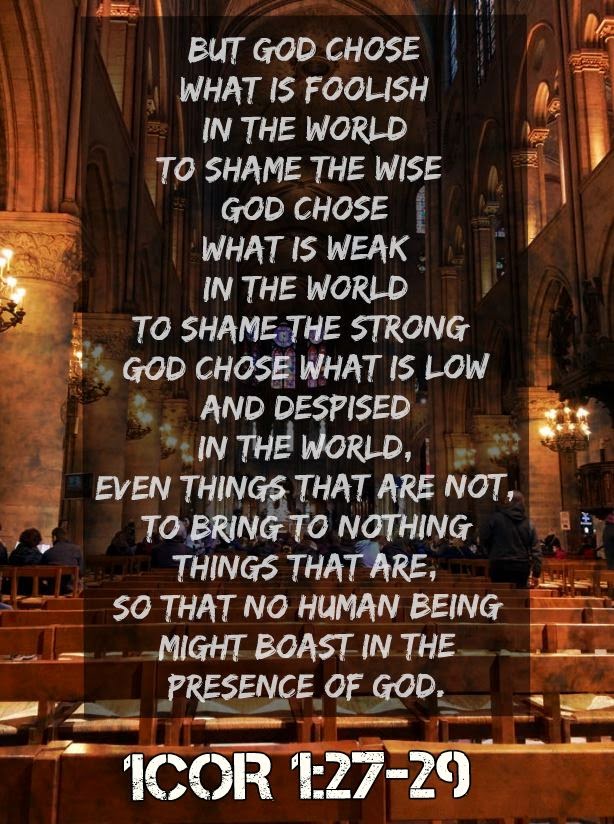